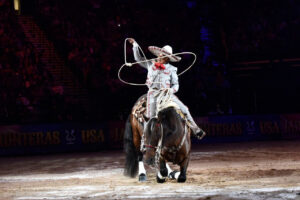 Tomas, a native of Mexico City, was introduced at an early age to his family heritage and tradition of “La Charreria” which is a skill performed through the generations only by the Mexican Charro. Charros take extreme pride in their highly developed horsemanship and roping abilities. Tomas, third generation Charro, has devoted his life to sharing Mexico’s National Sport La Charreria with the world.

A lifetime of preparation, performances and competition continue to require total self-discipline, patience and commitment by Tomas to training and mastering the artistry of La Charreria. Incorporating a display of refined horsemanship while demonstrating maguey rope artistry in his performances bring audiences to their feet applauding in appreciation of his skills. Tomas devotes countless hours to his horses who with their athletic ability and intelligence willingly execute maneuvers when asked by their friend. It is a rare and honorable experience to witness these partnership performances.

Tomas has performed throughout Europe, Canada, the U.S. and Mexico. He has appeared on Broadway in New York City and toured the U.S. with the Will Rogers Follies, an acclaimed 6 time Tony Award winning show. He was a featured performer for two years at Disney’s Wild West Show in Paris, France plus the Buffalo Bill Wild West Show touring Holland and Germany. Tomas has performed numerous times for Mexico’s Presidents along with guest performances at the U.S. White House and Kennedy Center in Washington, D.C. Tomas resides in southern California and continues to share his legacy with audiences at rodeos, stock shows, horse shows and equine events internationally.

His awards are many including the PRCA 2018, 2013, 2012 and 2007 Specialty Act of the Year award at the Las Vegas National Finals Rodeo and most recently TV talent show winner of the ‘Go Big Show’ season 1 featured on TBS channel. Tomas Garcilazo’s proficiency as a skilled horseman and rope artist defines him as one of the finest Charros presenting La Charreria today.

Follow Tomas Garcilazo – Charro on the Road on social media 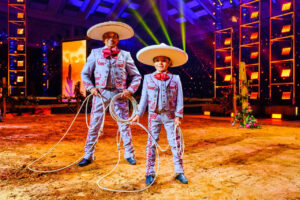 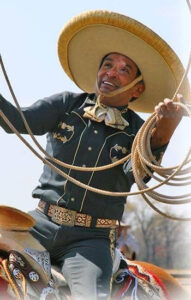 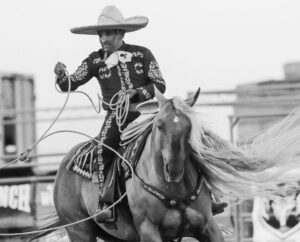 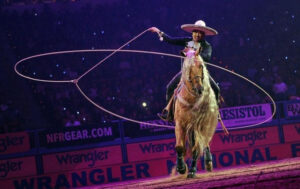 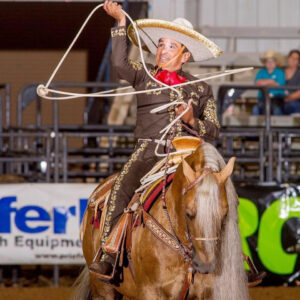 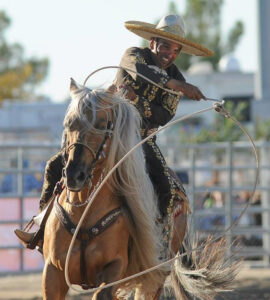