In the era when life still moved slowly enough for daydreams, and neighbors visited each other on front porches, cowboys competed in the first Sisters Rodeo. These cowboys, both amateurs and professionals, wore cloth squares hand painted with numbers pinned to their backs and waited for their events. Because the small-town rodeo offered purses of $500, equal to Pendleton and Cheyenne, the cowboys tagged Sisters Rodeo “The Biggest Little Show in the World.” The year was 1940.

Local couples had pooled $10,000 to produce the rodeo east of town on land next to the site that became Sisters Airport. Two years later, they purchased land on the west end of town and held rodeos there for the next thirty-four years. The events included bull and bronc riding, calf roping, bulldogging, wild cow milking and wild horse races.

Except for the announcer and the stock suppliers, the rodeo was an all-volunteer production, a tradition that has not changed.

The Hitchcock Mill, north of Sisters, donated timber that was milled by rodeo volunteers and used to build the arena and a few stands. Ellis Edgington’s Buckaroo Breakfast was initiated, with pan-fried bread and wild buffalo meat. Twelve years later, wild buffalo herds were so diminished that this part of the tradition ended in 1953.

The rodeo attracted the best in the business from the beginning. Mel Lambert, one of the first inductees in the National Cowboy Hall of Fame, announced at Sisters for nine years. World Champion cowboys competed every year, and the rodeo’s reputation grew. The stock came from local ranches, the McCoin Ranch in Terrebonne and Henry Durfee’s cattle ranch in Redmond. 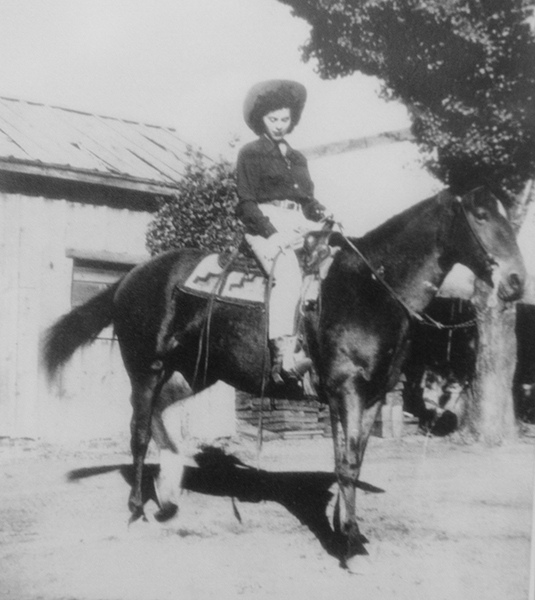 Rodeo Queens in the first years were chosen from a selected group of princesses who competed for the prize by selling raffle tickets for a steer. The young woman who sold the most tickets was declared the queen. Mary Saxon of Terrebonne held that first title. Over many years and a few hazardous escapes of steers, this selection evolved to a competition of horsemanship, speaking ability and presentation.

From 1956 through 1960, Sisters Rodeo was an amateur event sponsored by Veterans of Foreign Wars. Their profit built a small theater in the night-life-starved town, but dwindling interest in amateur rodeo led the VFW to step aside after five years. It appeared that Sisters Rodeo had sent its last cowboy out of the bucking chute.

A legendary pick-up rider and competitor, Pat Fisk, produced the rodeo at a loss the next year because he “hated to see the rodeo die.”

Salvation came in the form of Mert Hunking, a cowboy “born with rodeo in his blood.” Hunking and a one-year partner ramrodded the rodeo in 1962. Then the Hunkings produced the show on their own: Mert as arena director and organizer, and his wife, Martha, in charge of tickets, concessions and the Buckaroo Breakfast.

In 1963, the rodeo reorganized with Hunking, Clifford Ray, Fred Ferrian and Homer Shaw as the officers of the new association. The stock was supplied by Son Bain of Redmond and Christianson Brothers Rodeo Stock Company. With this quality of rodeo stock, the best of national rodeo cowboys made Sisters part of their circuit to compete with local amateur cowboys.

Still, the rodeo had problems, especially with new government regulations. Outhouses were in need of replacement. The fire marshal wanted overhead sprinklers installed. The weather was always unpredictable, often reducing spectator numbers. The inventive rodeo board responded to the challenges as well as they could: they brought hundreds of feet of hoses from their homes for fire safety, revamped the outhouses and even had to pump the grounds through the night to continue rodeo the next day after a flood in one of those years.

By the mid-1970’s, the obstacles seemed too great and the income too low. The rodeo grounds were sold, yet; local citizens did not want to see their rodeo disappear. They held a meeting for “anybody who has a horse or interest in the rodeo,” resulting in another reorganization with Homer Shaw as president.

In 1977, the rodeo was held on Hunking land east of town (behind the elementary school) with borrowed bleachers and temporary fences. For the next two years, it was on the Topping Ranch on Harrington Loop (west of the current site). The structures (fences and bleachers) continued to be borrowed or rented and were hauled by members from as far away as the Willamette Valley, only to be returned after that year’s rodeo. 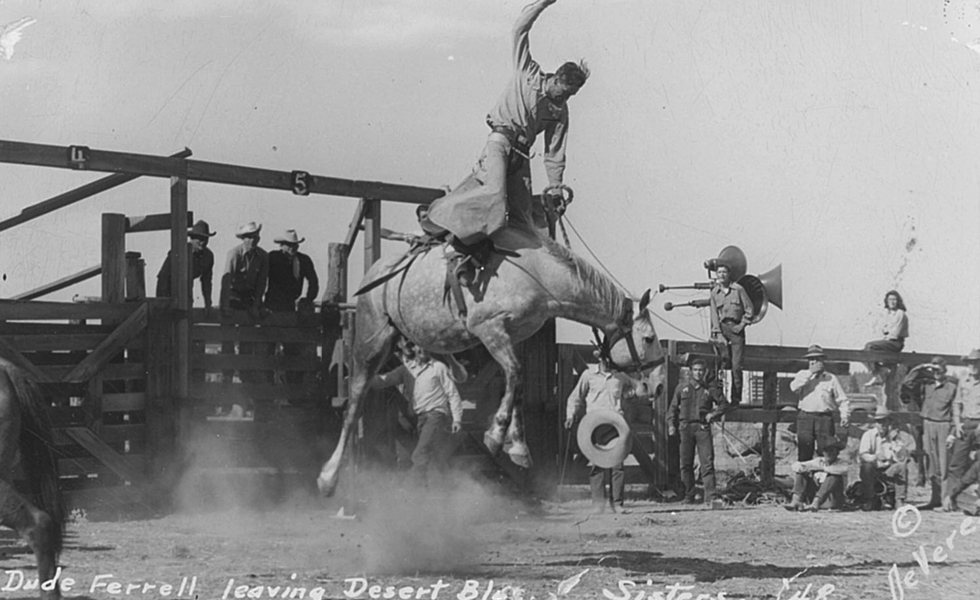 The rodeo found its permanent site in 1979, on 33 acres purchased from 1940 original members, Carl and Virginia Campbell. Within a few years, the rodeo had installed permanent stands and arena fencing, mostly by “creative” financing.

Sisters joined the International Professional Rodeo Association in the early 1980s. World champions in that organization competed every year. By that time, the association had about 60 members and a seasoned list of volunteers.

In 1988, the association was accepted as a member of the Professional Rodeo Cowboys Association, the Big Daddy of professional rodeo. It joined St. Paul and Pendleton in this highly sought membership, an indication of the fine reputation Sisters had built through nearly 50 years of quality rodeo.

A member of the Columbia River Circuit of rodeos throughout the northwest and northern California, Sisters Rodeo was recognized as the Rodeo of the Year in 2009. It has been featured in the New York Times and on The Late Show with David Letterman.

Sisters Rodeo Association has maintained its quality of rodeo stock and high purses, guaranteeing that the best in the sport make Sisters part of their annual schedule. On the second weekend in June, Sisters Rodeo has the highest purse in the nation. It has the second highest in the entire month. This is a sure draw for top competitors. World champions return year after year.

With nearly 200 members, the association has also remained a valuable member of the Sisters community, granting annual student scholarships and supporting local charities and other non-profit organizations. The western theme of the city of Sisters was inspired by Sisters Rodeo.